Catholics, Orthodox Christians, Muslims, believers, and atheists can all agree that Pope Benedict XVI’s visit to Lebanon is historic, and his apostolic message of peace is noble, but is it achievable in Lebanon’s political sphere? 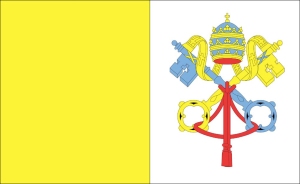 The international media has unanimously christened the Pope’s trip to Lebanon as the most critical trip he has ever made because he has chosen to deliver his message not from the safety of the Vatican but rather from the doorstep of our tormented Levant.  Additional significance lies in the fact that the leader of the world’s largest Christian church has chosen the smallest country and the most pluralistic one in the region to deliver the Post-Synodal Apostolic Exhortation Ecclesia in Medio Oriente.  This no doubt places renewed importance on Lebanon’s role in the Levant and the international stage.  It also places on the shoulder of Lebanese, from all religious and ethnic backgrounds, a responsibility to be models of peace and religious freedom in the Levant and the world.  Will the Lebanese be able to shoulder this responsibility is a question that only the future can answer.

Furthermore, Christians, particularly Catholics, from Cyprus, Egypt, Iraq, Jordan, Kurdistan, Palestine and Syria traveled to Lebanon to witness the Pope’s visit, reconfirming Lebanon’s position as the center of Catholicism in the Levant and reminding the world that the Levant is the birthplace of Christianity.

The Pontiff also said that Lebanon’s coexistence between Christians and Muslims must be an example to all the countries of the region, and this point is not only addressed to the Muslim-majority states that neighbor Lebanon.  It equally targets Israel where its Basic Laws, which serve in lieu of a constitution, define the country as a “Jewish state,” marginalizing in the process other religious groups, including Christians.

He implored the Christian youth, not only in Lebanon but also throughout the Levant, to forge closer and lasting bonds with their fellow Muslim youth in order to build their countries together.  He reminded us that in Lebanon, as it is in Syria and elsewhere in the Levant, it is not uncommon to see different religious affiliation within the same family, like the Srour family that has Christian, Muslim and Jewish branches.   The Pope asked, “If this is possible within the same family, why should it not be possible at the level of the whole of society?”  A question we can answer only when we are no longer ignorant of our own histories and preoccupied with our prejudices.

The Pope also reminded us that we have lived side by side on the same land for centuries.  It is absolutely true.   We have coexisted—Jews, Christians, and Muslims, Arabs, Armenians, Greeks, Kurds, and Syriacs—long before Europe became a pluralistic society and long before America became a melting pot.  Were our ancestors more tolerant than we are today?  The Pope urged us to preserve our pluralistic society, “which can only exist on the basis of mutual respect, the desire to know the other and continuous dialogue.”

Whether a fan of the Papacy or its staunch critic, one has to admit that the Pope’s visit was very well organized and very inclusive.  The German-born pope conducted the services in French and Latin and representative of all the Eastern Catholic Churches along with lay people offered prayers in Arabic, Aramaic, Armenian, and Greek to reflect the various ethnicities of Lebanon.  Attendants came from all regions of Lebanon and from all religious groups, including Orthodox, Muslims and Druze.  Pilgrims from Kormakitis, Damascus, Cairo, and as far as Erbil made it to Beirut to attend the Sunday mass.  This in itself attests to our plurality as a society.

Headlines around the world proclaimed that the “Lebanese hope that the Pope can ‘bring peace’ to the region.”  While his words of peace will not miraculously solve the Levantine tragedy, they do bring hope to Levantine Christians.  The Pope’s message reaffirms the standing of Christians in Lebanon as pillars of Lebanese society.  It also makes them an example for other Christians in the Levant to reject merely being tolerated and seek equal rights and participation in the management of their countries.

The Pope’s visit has likewise reaffirmed the position of Lebanon’s Muslims as the voice of tolerance, moderation, and acceptance of the other in the Arab world.  With memories of churches being burned down in Iraq and Egypt still fresh in our minds, the Lebanese Grand Mufti, Sheikh Mohammad Rachid Qabbani gave the Pope a letter, proclaiming that any attack on a church is an attack on all mosques and any attack on a Christian amounts to an attack on all Muslims.  Another example of this voice of tolerance and acceptance are the Muslims who lined the streets to enthusiastically welcome the Pope “to the nation of co-existence.”

Pope Benedict XVI appealed to the Lebanese to be peacemakers, but how can we become peacemakers with politicians poisoning our thoughts with hate speech on daily basis.  The Pope asked us to repudiate vengeance and offer forgiveness to each other.  Are our politicians listening?  He declared that “a commitment to peace is possible only in a unified society,” but becoming a unified society in Lebanon is not possible with our current political leaders.  A unified society simply does not serve their political goals nor does it fill their pockets.  The Pontiff urged us not to forget the tragedy of conflict, the cry of the widow and the orphan.  But, we have forgotten!  Otherwise, why are we still supporting, electing and often burning tires for the same politicians who have made many widows and orphans?

At the least, the visit silenced all the political leaders for three days, sparing us their political rhetoric.

Alas, the break is over.   The politicians, after three days of resting their vocal chords, will be back Monday morning to spread their poisonous, sectarian rhetoric.  Are we going to be example of coexistence to the world or are we going to allow these politicians to lure us once again off a cliff, like mere sheep?

In his homily at the open-air mass in Beirut, the Pope said, “May God bless Lebanon; may he bless all the peoples of this beloved region of the [Levant], and may he grant them the gift of his peace.”

Let’s not wait.  Let’s grant each other this peace.

2 Responses to Lebanon’s Dilemma: The Pope’s Message & Our Political Reality

Welcome to my corner. You won't find any sacred cows here. Everything is subject to ridicule - except my mother.

chic and classic fashion style
To Be Aware

It's all about disbelieving your thoughts

The World of Special Olympics

A Quiet Place For Stories & Poetry

The greatest WordPress.com site in all the land!

This WordPress.com site is the bee's knees

A blog by Austin G Mackell, a recovering journalist and CEO of Stone Transparency Systems (www.writeinstone.com).